Canada is undergoing its 5th/6th review of children rights in Canada.  It is more than 25 years since federal and provincial governments ratified the Convention on the Rights of Child, but implementation has been weak.  Children are paying the price.

Research shows that children in Canada are doing less well than children in countries where the Convention is consistently implemented. It’s time for Canada to take serious action on the recommendations from past reviews.  Let’s make the review process productive for children in Canada by raising the bar for implementation in Canada.

At this time we are focusing on a few basic rights for children aged 0-18: requirements for any duty-bearer to achieve a passing mark.

For each basic right you will find:

In fall 2018, young people and groups who work with children in various aspects of children’s rights will dig deeper in specific issues, work together to help hold federal and provincial governments accountable as duty-bearers, and suggest more specific actions as part of the review process. For more information about the review and how you can contribute to make progress in Canada, please email the Canadian Coalition for the Rights of Children. 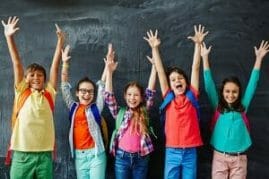 In surveys and workshops across the country, children and adults say they have not been taught about children’s rights and how to pursue them in ways that also respect the rights of others.  Little progress has been made on this essential measure of implementation in 25 years.

All three previous reviews called for specific action to address this. In the last review, Canada was asked to use provincial school curricula and government websites to inform children about their rights.  CCRC analysis shows that no province integrates children’s rights into its curriculum and children cannot easily find useful information on government websites.

There is no excuse. Canada has the resources and communication tools to teach every child their rights.

👎    A few small initiatives scattered across Canada is not enough.  It is time to mainstream education about children’s rights to reach all children.

GOAL:  Five years from now, children over age 10 will know about their rights and can name some ways they can take action and also respect the rights of others.

Good practices exist in some programs and decision-making processes.  We know it can be done in age-appropriate ways and it leads to more effective outcomes.  But it is not done on a regular basis. This is part of bringing the Convention on the Rights of the Child into federal and provincial law and practice.

👎   A “views of youth” report as an appendix to Canada’s official report, based on a small sample, is a good step but not enough.  Expanding the use of youth advisory committees is a good practice, but not enough because they are not transparent, inclusive, or rights-based.

👍 Table the steps that will be taken to make respect for the views of the child part of domestic law in Canada, along with steps to incorporate respect for the whole Convention.  Establish a mechanism, such as a National Commission or Commissioner’s office to monitor implementation and ensure that the views of children are considered.

GOAL: Five years from now, it will be normal to consider the views of children in age-appropriate ways in decision-making processes that affect them.  Canadian children will have access to complaint mechanisms if their right to have their views considered is not reasonably respected in specified key areas, as a first step, with time-bound plans to expand the practice to all decision-making processes that affect children. 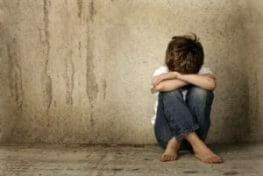 Rates of violence against children in Canada continue to be very high.  Governments allocate some funds to reduce some kinds of violence such as bullying, hockey violence, and gender-based violence against girls.  There is not a strong focus on preventing all forms of violence.  International evidence shows that comprehensive approaches to prevention of violence against girls and boys are more effective.  Canada also continues to legitimize corporal punishment by refusing to repeal section 43 of the criminal code, in spite of growing international evidence of the harms done and the benefits of non-violent discipline. It is time for Canada to join 53 countries who have ended the use of corporal punishment.

Three-time recommendation:  Canada should have a national strategy for the prevention of all forms of violence against girls and boys, with resources and monitoring mechanisms to ensure it is effective.

👎 The current focus on gender-based violence against girls is a good step but inadequate.  Funds for targeted programs are good but inadequate and less effective without a comprehensive strategy.

👍 A concerted national campaign to prevent all forms of violence against children, including the repeal of section 43 of the Criminal Code.

After more than twenty years of campaigning against child poverty, the problem is now recognized, but the rates of child poverty remain almost unchanged, with nearly one out of five children growing up in poverty.

We are waiting for release of a national poverty strategy.  The CCRC has advocated for a strong focus on child poverty in a rights-based strategy that: (1) includes income and other measures of deprivation; (2) sets rolling short-term targets for progress, and (3) uses a combination of household income supplements and community support services to help children escape poverty and develop their full potential.

Previous recommendations include general and specific aspects of child poverty:

👎 The Canada Child Benefit is a step forward but not adequate alone.

👍 Household income and other indicators of deprivation, clear targets for progress, and complementary use of income support and community services.

GOAL:  Rates of child poverty will drop each year to be less than 5% in five years.

Children have a right of equitable access to public services 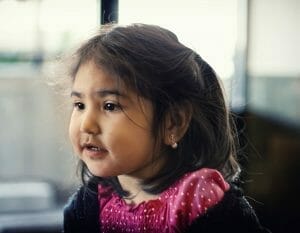 Evidence of inequitable access to services exists in all the essential areas of child development, such as health, education, mental health support services, and recreation.  It has been reported for different kinds of vulnerable groups, such as indigenous children, racialized children, children caught up in the refugee and immigration systems, children in remote communities, and children with disabilities.

Several recommendations to close the gaps in access to services were made in the last review.

👎 Progress in indigenous children child welfare, long overdue, is welcome, but not enough.

GOAL:  Five years from now, there will be measurable progress in equitable access for each of the vulnerable groups and in every area of child development.