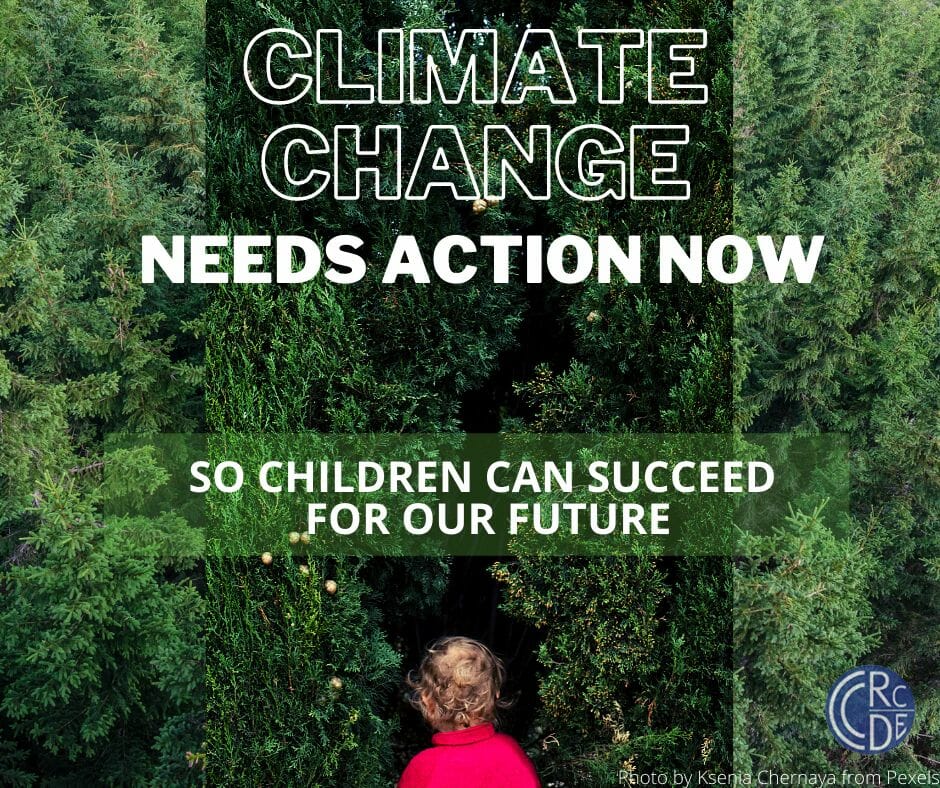 Update March 25, 2021: Today, the Supreme Court of Canada decided in favour of the federal government. Three thoughts as we continue to push for greater attention to children’s rights and the impact for their environments:

1. CCRC welcomes the Court’s finding that climate change is a matter of national concern and that the federal government has a mandate to address it under its power to act to protect peace, order, and good government. The CCRC argued that climate change was a matter of national concern because all children in Canada have a right to a healthy environment and the impacts of climate change will have a greater negative impact for children. The CCRC argued that the federal government’s duty to pay particular attention to the rights of minority and most vulnerable groups required that it act to reduce the emissions that threaten the rights of all children in Canada to grow up in a healthy environment.

2. CCRC welcomes the Court’s finding that the federal government can establish national standards to regulate emissions that threaten the rights of children now and for the future. As the decision makes clear, national standards are required to prevent the failure of any province to act from violating the rights of children in other provinces because the impact of emissions crosses provincial boundaries.

3. The CCRC will continue to encourage both federal and provincial governments to give serious consideration to the right of children to grow up in a healthy environment, under Article 24 of the Convention on the Rights of the Child, in all areas of decision-making that impact the environment for children now and into the future.

The Canadian Coalition for the Rights of Children (CCRC), along with other organizations, will be at the Supreme Court of Canada this week.  We will present evidence to show that children will bear the largest impacts of climate change, that Canada has obligations to protect the rights of children to a healthy environment, and that national action is essential and justified under the Constitution.  Children’s right to health explicitly includes the right to grow up in a healthy environment, as articulated in Article 24 of the Convention on the Rights of the Child.   Both federal and provincial governments have ratified the Convention and have an obligation to give high priority to this right in making decisions about climate change policies.

Children’s right to health was the basis for CCRC interventions in the Saskatchewan and Ontario court cases on climate change.  The rulings in both cases affirmed that climate change is a matter that requires national attention.  These rulings were appealed to the Supreme Court of Canada.  The Intergenerational Climate Coalition, which includes the CCRC, obtained intervenor status to ensure that the Supreme Court takes into account Canada’s obligations to children under both the Constitution and the Convention on the Rights of the Child.   The CCRC calls on all governments to take action to address climate change in order to protect the rights of children to grow up in a healthy environment.  Below are the arguments CCRC presented in court.

Children in Canada today will be faced with serious impacts of climate change in their lifetimes – and they will pay the costs.  According to scientific updates on climate change in Canada, released on April 2, 2019 by the Government of Canada, changes in Canada are already happening and will continue at double the global pace.  Children and the impacts for them need specific focus in adaptation strategies, as outlined in a report prepared by Plan International, entitled Realizing Children’s Rights in a Changing Climate.

Climate change is a serious threat to children’s right to grow up in a healthy environment, which is part of children’s right to health under Article 24 of the Convention on the Rights of the Child.  Governments have a duty to protect the rights of children by taking action on climate change now.  One responsible action, among many others,  is putting a price on the pollution that threatens this right.

The CCRC evidence for the court challenges is based on the Convention on the Rights of the Child.  Four arguments are supported by international documents that analyze the impacts of climate change for children and relate those to children’s rights in the Convention, which has been ratified by both federal and provincial governments in Canada:

The CCRC intervened in the court challenges to help ensure that the rights of children would be considered, as well as the jurisdictional disputes between federal and provincial governments in Canada.  Children do not get to vote for either federal or provincial representatives, so the best interests of children and their voice is marginalized when the primary consideration is which government and political party has the power to make decisions.  We hope the court’s ruling gives priority to the best interests of children, something all governments in Canada should be doing.

This is part of the CCRC’s general position that implementing the Convention on the Rights of the Child would make Canadian federalism work better for children.  By doing this, the CCRC is also putting children’s rights on the agenda of climate change discussions  in Canada, similar to legal cases being launched by children’s rights groups in other countries, as part of a global effort to draw attention to the impacts for future generations.   If you would like to read the full argument presented by the CCRC and see the documents presented as evidence, send an email to info@rightsofchildren.ca.