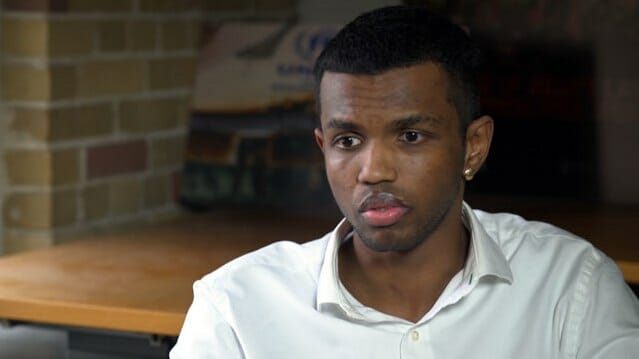 Abdoul Abdi faces a deportation hearing this week.  He is an adult now, but he would not be in this position if the government of Nova Scotia had protected his rights as a child.  This case illustrates how implementing the Convention on the Rights of the Child in Canada could prevent children from falling through the cracks of our fragmented support systems for children.

Abdoul Abdi came to Canada as a young child, in the care of an aunt, survivors of the armed conflict in Somalia. He was taken into care by the child welfare system in Nova Scotia, lived in 31 different foster care settings, dropped out of school, got into trouble with the law as a teenager, was convicted of assault, and spent the last five years in prison.  Now he faces deportation back to Somalia because his substitute parents did not apply for his Canadian citizenship.

The Convention states that no child should be left stateless, in Article 7. Until this year, children could not apply for Canadian citizenship themselves.  As Abdoul’s substitute parent, child welfare authorities in Nova Scotia should have protected that right and applied on his behalf.  A class action lawsuit in Ontario is now addressing the same failure to protect the rights of children in the child welfare system in that province.

The Convention protects the right of children to grow up in a family context, in Article 9 and several other articles.  If separation from a parent is necessary, it should be for the shortest time and as a last resort, with support for the family unit a preferred option.  If separation is long-term, then finding a permanent home is a top priority.  Thirty-one different placements raises questions about permanency planning in his case.

Abdoul was affected by the war in Somalia.  Under Article 39 of the Convention, states agree to take “all appropriate measures to promote the recovery and social reintegration” of children who are victims of armed conflict.  Canada once led an international campaign to better protect children affected by armed conflicts.  The Abdi case challenges us to practice it at home.

Supreme courts have ruled that children’s rights are Charter rights.  In the case of Omar Khadr, the Supreme Court of Canada ruled that it was a violation of fundamental rights “that he had not had access to counsel or to any adult who had his best interests in mind.”  In the polygamy reference case, the Supreme Court of British Columbia ruled that governments, including provincial governments, have a positive duty to prevent violations of the rights of children.  Child protection systems across Canada need to take seriously the implications of these rulings.

The Convention provides a useful framework to integrate policies and programs for children.  A full review of the Abdi case is needed, using the Convention as a guide; hopefully it will lead to a remedial plan instead of wiping our hands of responsibility and sending him back to Somalia where he has no family or support system.

This situation could be prevented.  Hopefully both federal and provincial governments will see the value of putting in place systems that protect the rights of children across Canada.   Canada ratified the Convention more than 25 years ago.  It is time to get serious about implementation.

Kathy Vandergrift, Chair of the Canadian Coalition for the Rights of Children